If you play the guitar, you probably heard legends of boiling strings. The idea behind this is to improve the quality and lifespan of old strings and make them sound as good as new. The story has been around for quite a while, and many have tried this option.

Does Boiling Guitar Or Bass Strings Work Or Worth It? Boiling guitar or bass string will remove the gunk from them but it will not fix structural damage. The process of boiling and restringing the guitar or the bass can sometimes take a lot of time and thus may become not worth it. Its specialty applies to a guitar when you can get a new set for around $5.

The whole process is quite an interesting topic, and there are certain things that you should know if you are looking to try it out for yourself.

Related Post
if your guitar strings will last longer without the need to boil them you can check Elixir strings. Check out my detailed post Do Elixir Strings Really Last Longer? Are They Worth It? and find out if they suited for you.
Contents show
1 What Happens When You Boil The Strings
2 Does It Work?
3 The Problems And Drawbacks Of Boiling Strings
4 How To Boil Guitar Or Bass Strings
5 Don’t Overdo It
6 Summary

What Happens When You Boil The Strings

Over time, your strings will lose its original sound and playability. You probably noticed that the strings lose that “twangy” sound after hours of playing. This number is different for every person, and it depends on the amount of practice and type of skin. The main reason I mention skin is because of the oils our skin produces.

As a result, the oil will cause strings to corrode, and lose their flexibility and resonance. Furthermore, tiny particles of our skin will get stuck in strings and further reduce the quality of sound and playability. This is what guitarists call gunk. When you add the process of oxidation to the equation as well, the result is a need for new strings. 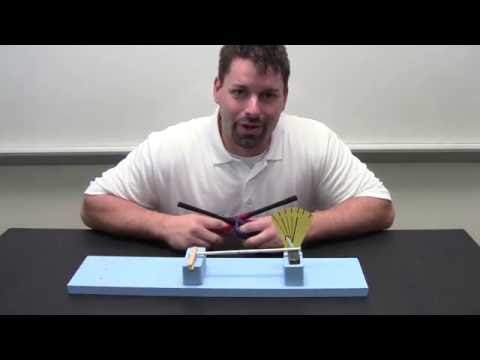 However, boiling strings can return some life into your set of strings. What happens here is while boiling, the metal will expand. This is especially noticeable on the wound strings, which are usually the fourth, fifth, and sixth ones. When the metal expands, it will release all the gunk and skin cells that were trapped in the windings, and you will have almost a new set of strings. Of course, the plain strings won’t have any gunk on them, at least not something that you can easily clean or remove.

So the basics of boiling strings are to remove any dirt and skin from the strings and clean them in a way you that they will sound almost as new strings. 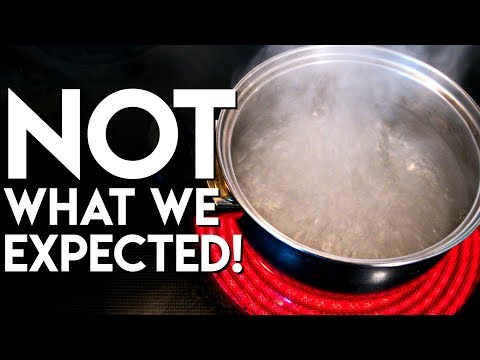 The short answer is yes. However, they will not be as new ones, and the sound will not stay as long as with new strings. Naturally, you can repeat the process as long as you have the strings. There is no limit to how many times you can boil a set of strings, and you can do it after every gig if you want to make sure they remain clean and fresh. I should mention that boiling guitar strings is not as often as doing it with the bass strings. The reason for this is simple – price. A set of guitar strings is a lot cheaper than one for bass, and many guitarists are simply too lazy to go through the entire process when they can simply get a new set. The truth is no matter how many times you boil the strings, they will never be as new ones.

Furthermore, the guitar has only three strings that are wound, while the bass has all of them. This makes it easier to restore the twangy sound, and make them playable again. Besides, each string is thicker so it makes the whole process easier.

While the best option is to get a new set of strings, it’s not always an option. What you can do instead is use string cleaners to make sure that your strings remain clean and playable for a longer period of time. Since removing gunk is the only thing that boiling will do, you can remove it in a lot simpler way using string cleaners and oils.

Related Post
If you care about the environment and wondered if you can recycle or reuse your strings, check out my post Can Guitar Strings Be Recycled Or Reused?

The Problems And Drawbacks Of Boiling Strings

The main problem with boiling is that you need to carefully unwind the strings. Usually, players will simply cut the string and remove it to place a new one, and here it is not an option since you won’t be able to put it back on if you cut it.

This makes the whole process quite lengthy, and when you have six strings, it will last a lot longer. Furthermore, it is important to leave more of each string when putting a new set. This means that it won’t be enough to leave only one or two windings when you place them the first time. Another issue with guitars is that strings are a lot thinner and more prone to break.

On the guitar, a string goes through the tuning machine, and it will twist when it’s put in place. Similarly, the string will bend on the saddle as well. These two places are where it’s most likely to break. Since the strings are so thin, it will be nearly impossible to match the same position when putting them back, and the strings might break faster when you put them back on. Whenever you put the strings through a winding peg, they will remain permanently disfigured.

On the bass, however, the situation is different because of the thickness of each string. They rarely break, and it is quite easier to remove them and put them back without worrying about them breaking. While the disfiguration will remain, it won’t be as significant as with the guitar strings.

How To Boil Guitar Or Bass Strings

If you are still interested in this option, here is a cooking recipe you will enjoy. Among the things you’ll need for this are an old set of strings, a deep cooking pan, fork (or something for stirring), tongs, and a towel. I should mention that some people might suggest boiling a new set of strings, which is not the best option in the world. I don’t see any benefits that you might get from trying to do this, and here, I’ll talk about boiling old and used set only.

So, the first thing you’ll do is take each string and coil them similarly as they are in a new set. Fill a saucepan with water. While you might use tap water, it might be better to use distilled one if you have the chance. If not, regular water will do the trick. The next thing you’d want to do is place the saucepan on the stove, and set it on high.

When the water starts boiling, just place the strings in it one by one. You can use tongs for that to avoid burning yourself. The process should last between three and five minutes, so you won’t need to spend eternity boiling them. This, of course, applies to the electric guitar strings. If you are boiling bass strings, leave them no more than fifteen minutes.

If you have tin foil, you can use it to further dry the strings. You’ll wrap each string in tin foil, and perforate it several times so the air can flow inside the foil. After that, place it in the oven and preheat it to the lowest possible temperature. Leave the strings approximately fifteen minutes, and wait until they’re cool enough to touch. The only thing left to do is to restring the guitar.

In theory, you can boil strings as many times as you like, and some suggest doing it after every show. However, you should keep in mind that after each boiling, strings will lose the tensile strength. As a result, the string might require more tension to stay in tune which can cause damage to the neck of the guitar.

Furthermore, cheaper strings have lower tensile strength which might cause them to break easier. While boiling strings is a possibility, it is something that you should try if there are no other options. It is always easier to simply get a new set of strings that trying to revive the old one. The only thing that boiling will do is clean them thoroughly, but it won’t repair any damage or irregularity in the string.

A similar effect can be achieved with proper maintenance, care, and cleaning. It is easier to buy a string cleaner and a polishing cloth, and clean your guitar after each session. While it won’t make your strings immortal, it will prolong their life and keep them playable for a longer period of time.

The story of boiling has been around for decades, and players suggest it as a way to restore the old glory of a set of strings. While it is possible, the method is not perfect and it will not make them last forever. Furthermore, restringing a guitar with the same set of strings is not easy, and the string will never be in the same place as it was before. As a result, it will bend on new places, which might cause it to break sooner.

This method makes more sense for bass guitars since all strings are wound. Boiling bass strings will improve their quality, but similar things can be achieved using string cleaners and maintaining the instrument.

In the end, the only viable way to have that famous “new strings” sound is to simply get a new set of strings.