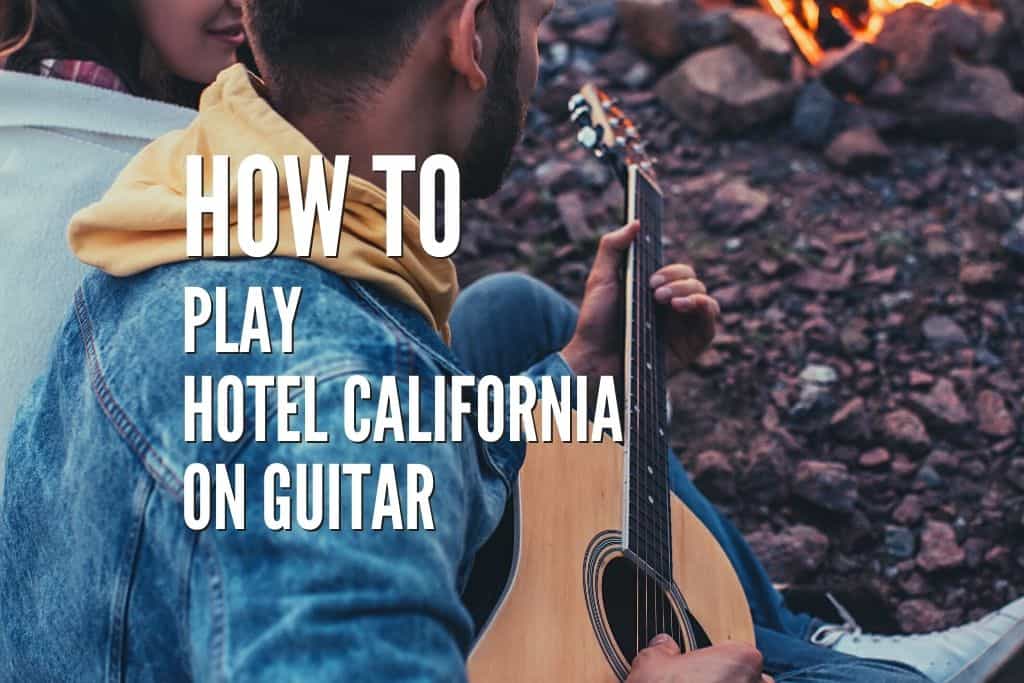 If you play the guitar, it is nearly impossible not to know Hotel California by the Eagles. The song has one of the best guitar solos in the history of rock music, and some magazines placed it as high as the first place. It was released in 1977, and it was written by Don Felder, Don Henley, and Glenn Frey.

The band agreed that the theme of the song should be Hotel California since The Beverly Hills Hotel became an important point in their lives and careers. When Frey wrote the lyrics, he played with the idea of a person driving through the desert. Eventually, they would arrive at a hotel, where they would encounter a lot of strange characters.

While many people suggested that the song is about a mental institution, the reality is a bit disappointing. It is more in line with the Twilight Zone, and unusual experiences. Needless to say, Eagles received numerous awards for Hotel California, and it is one of the most popular songs not only by the band but in rock music in general.

Over the years, the song received numerous covers. Artists like Gypsy Kings, Nancy Sinatra, and many others put their own spin on the song, and it became an important part of the culture.

Just a heads up, this version of the song is beginner-friendly, not a total beginner, but someone that already knows few chords. Some sections aren’t like the eagles play, but it close to the original song and sound similar. If there will be a demand for learning to play like the original song, I will add it later.

you can learn to play this song with a capo or without one. For either way, your guitar needs to be on standard tuning. the song is played at 74 bpm which is fairly slow.

The version with the capo is much easier than without one and more suited for beginners. Place the capo on the 2nd fret. All the chords will be played as if the capo is the nut. All the following content will assume you are using the capo version.

If you don’t have a capo or want a bit more challenge you can play the song with the following chords. Each of the chords replaces the same chord in the same order as the version with the capo:

If you are having a hard time playing the barre chords F or Bm. Here are other easier versions of those chords.

The strumming pattern contains 16th notes which may be hard for beginners. But don’t worry it isn’t that hard as you think. First, let’s simplify the strumming pattern. Pick one of the chords for example Am and strum the chord down on the 1st, 3rd, and 4th beat (when your foot hits the floor).

Once you mastered the first part let’s add the 16th notes. The thing you need to understand is that two 16th notes equal one 8th note. So each time you are counting the beat with your foot; you hit and raise your foot you need to strum twice. This means each time you hit the downbeat (your foot is down) you have strummed four times.

Now, if you got the theory let’s put it into practice. The first 16th notes are at the 2nd beat. Here you need to remember that you need to start strumming as your foot rises to the & beat and you need to strum 3 times before you strum down on the 3rd beat.

The second part is at the & beat of the 4th beat. It is easier than the first. Here you need to strum twice after your foot rose to the & beat and before you strum down the 1st beat of the next chord.

The root of many genres today goes back to the roots of blues back in the early and mid 20th century. Originally from the African-American communities of the southern United States, this genre became...

Developed by musicians of blues and folk called Old South of the United States from the 1920s, fingerpicking is a special technique of playing the guitar. It is nothing more than playing with...